Following a series of prayer meetings in various homes, the Kent Baptist Mission under the leadership of Rev. Warren Lee Oliff, held its first service in the Kent Village Apartments basement at 7311 Forest Road, on May 17, 1953.  Present at the first service were 33 persons for Sunday school and 17 persons for the morning worship service.

In 1955, nine lots were purchased for a future Chapel, and the ground-breaking ceremony was held on September 25, 1955.  The first service in the new building was held on January 1, 1956, and the building was formally dedicated on July 8, 1956.  The Church grew rapidly during the next few years, and because of the need for more space, another building was soon started.  During the years of 1964 and 1965, the Church purchased a parsonage and additional property.  The last properties were purchased in 1965 when two houses located on Forest Road were acquired for extra Sunday school space.  At which time, the church membership had grown to more than 800.  The progress was made possible through Sacrifice, Prayers, and the Faith of members and, above all, through God’s blessing.

In 1965, Rev. D. C. Craig accepted the call to become the next Pastor of Kent Baptist Church.  The Church made significant progress with the hard work and leadership of Rev. Craig.  During his Ministry, the Church received numerous new members.  The parking lot was paved, two houses were added to the property, the sanctuary was redecorated, and the building was painted.

In 1969, Rev. Craig relocated to Georgia, and Rev. Patrick Maloney (deceased) was called to serve as Pastor.  During his tenure, a number of changes took place, including community and social involvement, the onset of equal opportunities, human relations, juvenile advocacy programs, working with troubled youth, evangelistic outreach, education, the development of music ministry, and much more.  The Church continued to grow to more than 800 members.  Rev. Maloney served as Pastor until 1979.

In 1979, Rev. Jack Altman served as Pastor for a short time before relocating to Cumberland, Maryland.

In 1979, Rev. Reynold Carr was called to serve as Pastor a Minister from Trinidad-Tobago.  In 1995, Rev. Carr ordained Rev. Willie J. Carter (deceased) as the Assistant Pastor.  He also ordained a Minister of Education and licensed two females as ministers.  During Rev. Carr’s tenure, he updated the administrative technology functions, enhanced the Family Counseling Ministry, Youth, and Prison Ministry, established a Substance Abuse Ministry, and placed emphasis on education and training with Bible Institute classes.  The Deaconess Ministry was formed under the leadership of Rev. Carr, who served as Pastor until 2002.

Pastor Carter Ordained 6 Deacons and installed 8 Deaconesses.  He licensed two Ministers and one Evangelist and, in 2012, ordained three Ministers.

Pastor Carter’s vision from God for Kent was a new addition to the current Church structure and the purchase of additional property (house next door).  As a starting point, many improvements to the existing structure were completed, including a restroom (1st level), Steeple, paving of the Parking Lot, pulpit furniture, and audiovisual/sound room, church doors, children church renovation, and nursery and toddlers rooms renovated. Rev. Carter was called home to be with the Lord on July 6, 2015.

Rev. Coley has a vision for Church Beautification (completion of the Pastor, Finance and Administrative offices in the Executive Suite, repaired the fellowship hall, much-needed repair work and a plan for a new church-wide structure, an Elevator, improved Fellowship Hall and Kitchen, new and improved Restrooms, Leadership Offices and more as God leads and directs him.

To God be the Glory for great things are expected at Kent in the near future. 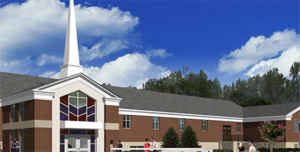 In response to COVID-19, Kent Baptist Church will have services online until further notice. 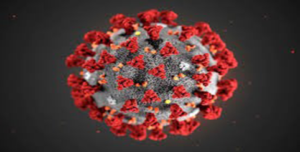 How To Protect Yourself and Others:

Effective hygiene practices and social distancing is imperative to prevent the spread of the virus.  For your safety and the safety of others please remember to follow state and local social distancing and safety recommendations: